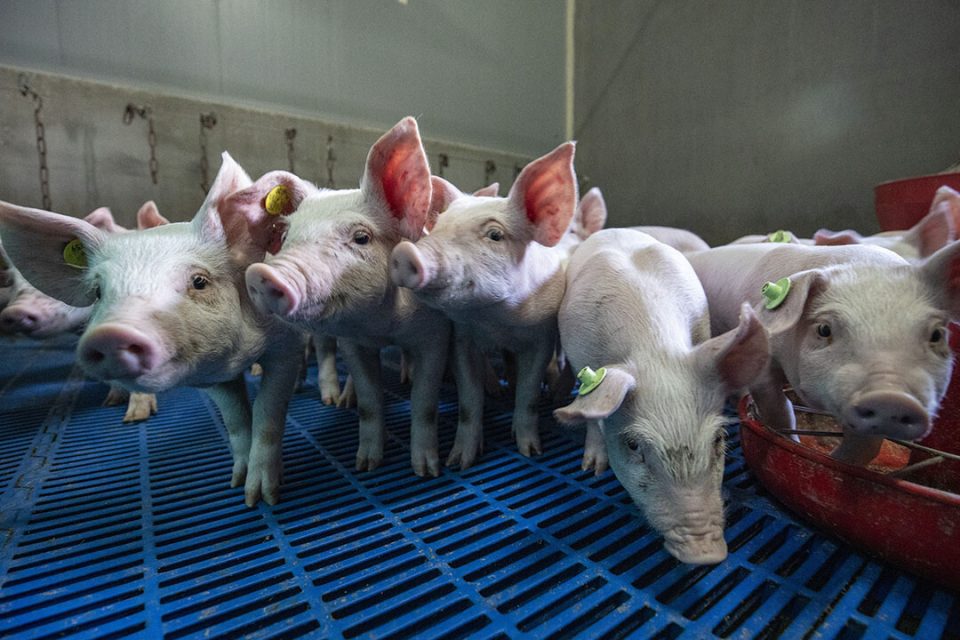 With only 3 days before zinc oxide would be banned from pig diets in the EU, experts gathered in Copenhagen, Denmark, for the second edition of the Zero Zinc Summit. The goal was to elaborate on how to deal with the zero zinc reality. Improving piglet intestinal health seems to be the answer.

For many years, zinc oxide was the most cost-effective way to reduce post-weaning diarrhoea in piglets. For EU pig producers, that era came to an end on 26 June 2022. Increasing antibiotics is not an option and another substitute for medicinal zinc hasn’t been found yet, and so pig producers need to adopt a new production strategy.

During the second edition of the Zero Zinc Summit, held 22-23 June 2022, scientists presented the latest results and showed practical examples of how to phase out medical zinc while maintaining productivity.

At the summit’s opening, Christian Fink Hansen, senior director at the Danish Pig Research Centre, said: “With the aim of increasing our knowledge in this area, we have brought together professors and other leading scientists who have devoted many working hours to finding a solution to weaning diarrhoea. We at the Danish Pig Research Centre believe that it is important to share the knowledge that is available so that the phasing out of medicinal zinc does not affect antibiotic consumption, animal welfare and economic profitability.”

In 2 days it became clear that the microbiome of the piglets is one of the most – or even the most – important factor in reducing diarrhoea and improving animal health and performance. The right development of the microbiome in early life will influence animal health later on. However, there are multiple factors in current production strategies that could have a negative impact on establishing a healthy gut.

It all starts very early in the life of the piglets, before weaning with the colostrum intake, farrowing environment and weaning age – all factors that could influence the occurrence of post-weaning diarrhoea and performance. Dr John Pluske, CEO and chief scientist of the Australasian Pork Research Institute stated: “Most attention goes out to the period after weaning, looking at feeding strategies, however, there is the lactation period before weaning where some opportunities exist.”

According to Dr Pluske, supplementary feeding of the piglet before weaning with either creep feed or supplemental milk is essential to modulation of the microbiome of the young piglet.

“Both feeding of the sow in gestation and lactation and supplementary feeding of the piglet has potential to establish a favourable intestinal environment at weaning, which may reduce antimicrobial use,” he said, adding that feed intake after weaning, is influenced by pre-weaning intake of feed.”

One of the strategies to increase creep feed intake is to wean piglets at an older age. Dr Pluske: “Pre-weaning feed intake will increase as the lactation length increases with the result that diarrhoea will be reduced.”Increasing concern regarding the ecotoxicity has led to the decision to ban the use of therapeutic zinc in feed throughout the EU by June 26, 2022 at the latest. Read more…

That statement was endorsed by Dr Charlotte Amdi, University of Copenhagen, Denmark: “At the moment, piglets are weaned with an immature digestive system.”

How does the microbiome work?

According to Prof Mick Bailey of the University of Bristol in the UK, one of the problems is that there is a lot unknown about how the microbiome works. He agrees with the fact that piglets are weaned too young when their mucosal immune system is still poorly developed.

“These animals don’t have the appropriate immune responses yet against pathogens. The active immune systems of young piglets are poorly developed and they seem to have a reduced ability to distinguish between harmless proteins and potential pathogens, mounting strong immune responses to dietary components.”

He added that the mucosal ecosystem will still develop in the first 8 weeks of life. “The early rearing environment has an impact on the development of important components of the immune system. And we still don’t fully understand the underlying mechanisms, like the impact from the environment or from nutritional interventions in detail.”

“With the restrictions on the use of medical zinc and antibiotics in Europe we need more tailor-made diets and apply an integrated approach that starts already around farrowing and will continue after the post-weaning period.” – Dr Francesc Molist of Schothorst Feed Research

That all together will contribute to low post-weaning performance and the occurrence of diarrhoea. Prof Bailey argued for more detailed studies that show why and how some interventions are successful and why others aren’t.

With so many factors impacting the early life of piglets, it is clear that moving to zero zinc asks for a totally new strategy. Dr Francesc Molist of Schothorst Feed Research in the Netherlands advocates a holistic approach: “With the restrictions on the use of medical zinc and antibiotics in Europe we need more tailor-made diets and apply an integrated approach that starts already around farrowing and will continue after the post-weaning period.”

After the Zero Zinc Summit, it can be concluded that raising piglets without zinc requires looking at the total picture, evaluating the environment in which the piglets grow up and the associated stress factors (see box, ‘Welfare as a preventative medicine’), but also piglet diets (see box, ‘Getting proteins down and ZnO out’). That all to ensure that piglets have the chance to develop their microbiome. Zero zinc requires a healthy and well-developed gut.

Welfare as preventive medicine
To improve piglet health and performance it is important to look at pig behaviour and welfare, said Dr Laura Boyle of Teagasc Ireland during a symposium of DSM in the run-up to the Zero Zinc Summit. It is known that in current systems pigs are close to their biological limit in terms of health challenges and so the need for medicinal interventions has increased.
“You have got to get the basics right and treat the cause. The same model has been followed for years but is not working anymore. New systems are needed,” she said, adding that improving the welfare of sows and piglets could work as preventative medicine. In the farrowing crate, much improvement is possible. Enrichment in the farrowing crate is a good tool to increase piglet welfare, and also giving the sow more space will benefit not only welfare but also performance, study results show.
Inonge Reimert of Wageningen University & Research in the Netherlands studies the effect of loose housing on sows during lactation. Results show that piglet robustness will improve in this new farrowing crate design. The transition to weaning is improved which will lead to better post-weaning performance.
Getting proteins down and ZnO out
A strategy discussed at the summit was to lower proteins in pig diets, since lower protein levels could reduce the risk of diarrhoea. However, reducing protein levels could negatively affect daily weight gain. Protein in the form of amino acids could be a solution, therefore amino acid levels in diets should be re-evaluated.
In Denmark, researchers recently conducted several studies that lead to new protein and amino acid recommendations for piglets.
Per Tybrik, SEGES Innovation: “We have lowered the recommendations for standardised ileal digestible (SID) protein and increased the recommendations for added free amino acids by increasing the recommendations for SID lysine, methionine, threonine, tryptophane and to a lesser extend valine, while lowering the recommendations for leucine, histidine, and isoleucine.”
From the experiments it appeared that a high protein level diet has a major effect on the number of antibiotic treatments against diarrhoea. Tybrik: “Diarrhoea treatments increased about 4 times from 120 to 190 g SID protein per kg feed.”
On the other hand, studies showed that adding extra amino acids to the diets could result in a similar effect on diarrhoea as from medical zinc. Some 35% extra amino acids reduced diarrhoea with 50% in the Danish experiments. A point of consideration is that feeding extra amino acids would be more expensive and negatively impact feed intake. That is of importance when aiming for less diarrhoea occurrence in piglets. Tybrik addressed that it is also possible to only add extra amino acids in critical periods, for instance the first 3 weeks after weaning.
The table below shows the recommended amino acid profile in pig diets of the Danish researchers, based on their current findings.

How virtual reality can be used in poultry processing