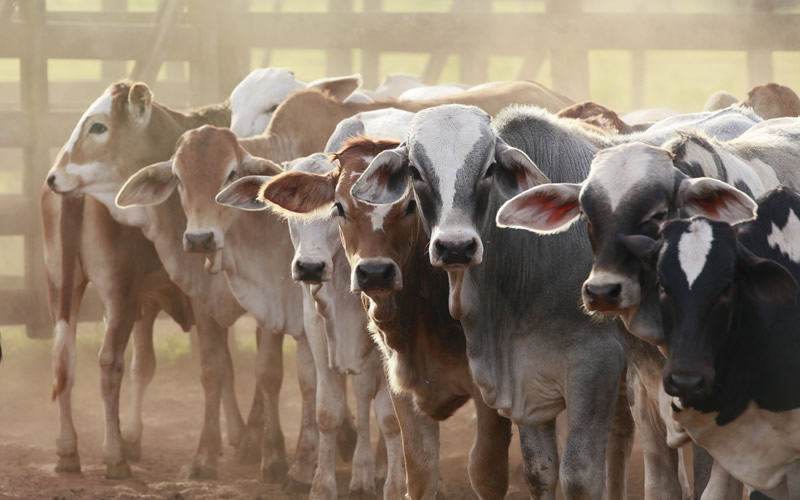 The Minister of Agriculture and Rural Development, Mohammed Abubakar, has said the government will provide incentives to feed millers and agribusiness companies to site their factories in rural communities in Nigeria.

He said that is because feed ingredients are largely available in those locations.

Speaking Thursday through the ministry’s permanent secretary, Ernest Umakhihe, at the National Animal Feed Summit, the minister said the government will improve the level of education of farmers on modern animal and feed production techniques.

“Government will also step up on its development plan to provide incentives to feed millers and agribusiness companies to locate in rural areas where feed ingredients are largely available, improve on the level of education of farmers on modern animal and feed production techniques, support various research institutes in developing alternative feed ingredients in providing animal feeds to ameliorate the effects of high cost of feed,” he said.

Also, it will support various research institutes in developing alternative feed ingredients in providing animal feeds to ameliorate the effects of high cost of feed.

On his assumption of office, Mr Abubakar said he will focus on the government’s livestock transformation plan not just for food security, but also to curb insecurity challenges in the country.

He said Nigeria now has over 1000 feed mills from two feed mills in 1957, which makes the nation the 40th leading country in livestock feed production in the world.

“This potential notwithstanding, the industry expansion remains tilted to the South West which accounts for not less than 75% of total installed and operating feed mills in Nigeria,” he said.

“As Minister for Agriculture and Rural Development, the issue of animal feed and human food security is a priority on my agenda,” he reassured Nigerians.

“I am aware that the Ministry has been committed to the development of the nation’s feed industry by making budgetary provision for capacity building on Alternative Ingredients such as cassava peels and cocoa pod with supply of cottage feed-block mold in some states in the East and West of Nigeria based on comparative advantage”.

“To support the livestock farmers alleviate the cost of feeds, the Ministry procured and distributed ruminant feed concentrates, salt licks, and finished feeds to small-holder farmers. Equally too, Mr. The President approved the release of 5000 Mt of maize from the Strategic Food Reserve to Poultry Association of Nigeria for the Feed Industry,” he said.

“The Ministry will continue to give attention to the animal feed need of farmers in the country through an enduring policy that will transform Nigeria’s livestock and agriculture in general, for the benefit of the citizenry.”

Mr Abubakar further noted that animal feed accounts for over 70 per cent of the cost of animal production, which makes it the most important consideration in a livestock business.

“It engages over 5 million Nigerians directly or indirectly as technical or skilled personnel, distributors, fabricators of tools and machinery, input suppliers etc. It generates massive employment across its various value chains and strengthens the national social safety net with copious contributions to food security, household income and poverty reduction,” he said.

Mr Abubakar quoted a 2016 data, saying the Nigeria feed industry produces an average of 5.5million metric tonnes of animal feed per annum comprising 85 percent poultry feeds, and with commercial ruminant and swine feed coming up in the industry, it will produce not less than 50 million metric tonnes per annum.

“Even with this, the feed sector has the potential to engage over 20 million Nigerians, as the industry is yet to reach 25 percent of its market size,” he concluded.

Managing a sheep flock before, during and after drought