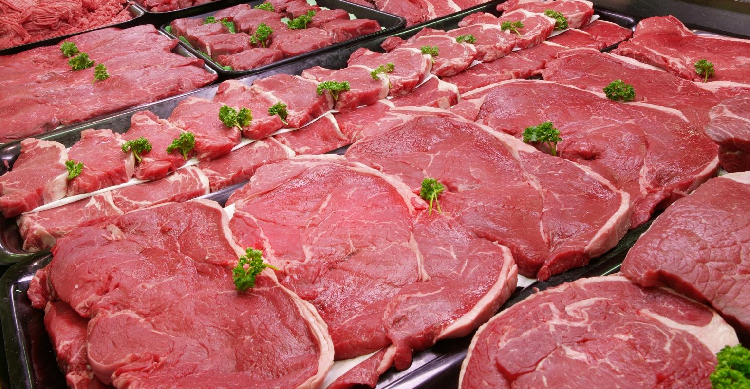 CONSUMERS and meat lovers should buckle up as the Namibian livestock sector and beef market are expected to supply less beef than expected locally and for export.

Andre Mouton, head of marketing and sales at Meatco, shared this with the Namibia Agricultural Union in his outlook for the meat industry for 2021.

“The forecast is that very few slaughter cattle would be available this year,” he said.

He said there would be a choice about which market to supply, and indicated export income would have to be sacrificed to ensure local supply.

“The priority in this battle is the local market, so very few cattle will be available for export,” Mouton said.

He said the greatest challenge currently is managing the lack of productivity as cost-effectively as possible.

“Namibia’s shortage of slaughter cattle is a problem only to be solved with a long-term vision,” he said.

Mouton said after seven years of drought, farmers have barely managed to keep their cows alive.

Therefore, most of the cattle will be young cattle or old cows, and the young cows would rebuild herds.

Mouton said the main challenge for 2021 is meeting Norway’s quota for the year.

At this stage “it appears that the country does not have more than 30 000 slaughter cattle available,” Mouton said.

Statistics provided for December 2020 by the Meat Board of Namibia (MBN) indicated that a significant volume of marketed livestock were slaughtered for domestic or export use, and sold live or on the hoof.

The statistics showed that by the end of last year, the country marketed 219 525 fewer head of cattle, compared to the end of 2019.

The decrease in total cattle marketed was due to a significant reduction in the number of cattle slaughtered for export, which, at the end 2020, stood at 51 992 only, compared to 129 735 cattle in 2019.

Even though the country’s beef market is well diversified Namibia is currently facing difficulties supplying all of them.

Apart from a small amount of ready-to-slaughter cattle, the country has detected another outbreak of foot-and-mouth disease (FMD).

As a result, the United States Cattlemen’s Association has called for an immediate halt on the importation of beef from Namibia.

The association’s president, Brooke Miller, last week said it needs to ensure high health and safety standards within the United States’ food supply chain, and cutting off Namibian supplies was part of this.

“The USA has not experienced an outbreak of FMD within our borders for almost 100 years, but in recent years we continue to recklessly pursue trading relations with countries with known outbreaks. Congress needs to employ its oversight role of the USA Department of Agriculture and its pursuit of importing beef products from countries known to be infected with FMD,” he said.

If there are not enough slaughter cattle for the local market, Meatco obtains cattle from Botswana.

Mouton said so far this year, about 900 head of cattle were imported from the neighbouring country.

He said the alternative plan is to market cattle from the north through a quarantine system in the south, or to put them on the world market.

Meatco hopes to launch this initiative this year, which would make extra meat available for the local market.

Mouton said the industry is still recovering from the drought.

“If they manage the problem and the industry comes together to speed up and improve the process, Meatco feels it may take five years,” he said.

Furthermore, small livestock exported live to South Africa and “other destinations” posted a decline of 51,6%.

Stop Being Wishy-Washy About Your Workouts To Improve Your Life

Do cattle outnumber people in Botswana?