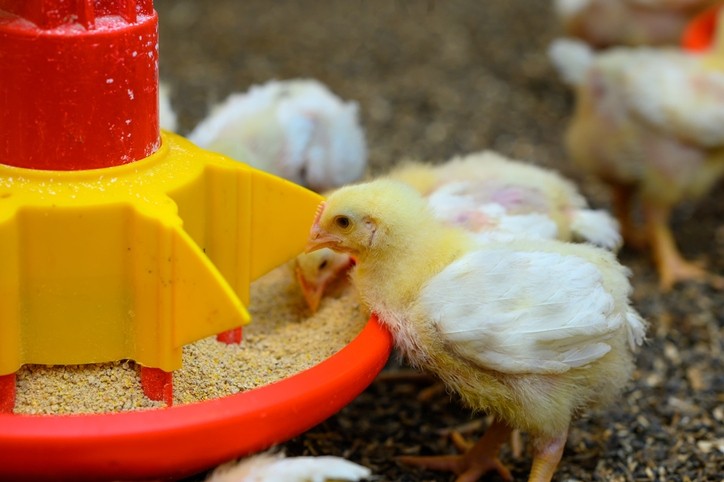 Sonac, a Darling Ingredients company, has been supplying several compound feed producers in the Netherlands and Germany with pig derived processed animal protein (PAP) for inclusion in poultry feed.

There had been a ban on the use of PAPs in animal diets in the EU since 2001, following the BSE crisis. The ban was lifted on the use of such proteins in fish feed in 2013, and in August last year, the EU Commission adopted a decision to amend the feed ban regulation, allowing the use of PAPs and insects in feed for non-ruminant farmed animals such as pigs and poultry.From a nutritional perspective, porcine and avian PAPs are deemed valuable sources of highly digestible proteins for certain animals like growing pigs, broiler chickens or turkeys due to their amino acid composition and concentration.

Dutch group, AgruniekRijnvallei (AR), was the first compound feed supplier in Western Europe to start processing the circular raw material, for use in both standard and VLOG poultry feeds. It started doing so on March 24.

Jan van der Velden, executive vice president Sonac, and AR commercial director, Johan Schuttert © ARStrict requirements are imposed on the use of PAPs in feed in the EU. Animal proteins from poultry may only be used in pig feed and the equivalent from pigs can only be use in poultry feed. Because AR has separate production locations, it was able to use pig PAPs in poultry feed without additional investment.

​AR commercial director, Johan Schuttert, said the feed manufacturer had done “everything possible”​ to be able to begin using PAP in its feeds. “We are proud that this effort has resulted in AR being the first compound feed supplier to start using this valuable raw material.”​

AR is also investigating the possibility of using poultry PAPs in pig feed and in organic feed.

Carine van Vuure, nutrition and regulation manager, Darling Ingredients, told FeedNavigator it took about six months to get the PAP supply chain up and running in the EU. “Each step in the supply chain needs to be approved and recognized by the competent authority,”​ she said.

Last week saw her present to the UK Branch of the World Poultry Science Association (WPSA) on what is involved in such a process.

While AR was the first European feed company to secure a PAP supply, many other processors have since followed suit, said van Vuure. “We have been taking a step-by-step approach. In the near future, we will look to supply poultry derived PAPs to feed for young piglets.”

Cough: Prevention is better than cure