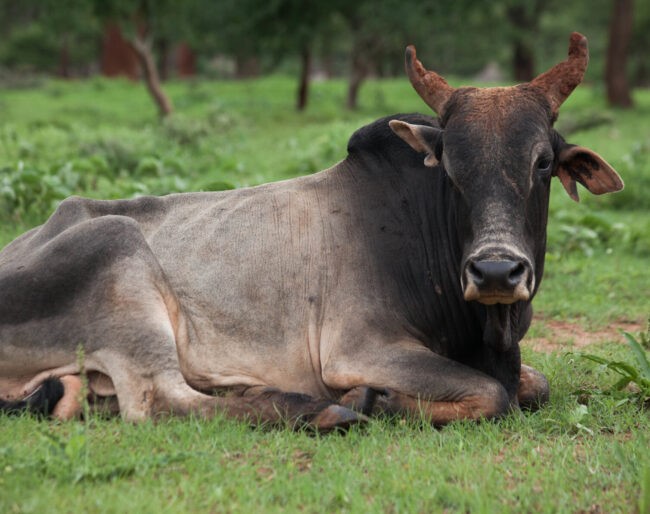 A section of DNA found to protect native African cattle against East Coast fever could safeguard breeds introduced to the region.

A key region of DNA has been identified that enables some cattle to survive a potentially devastating infection, raising the prospect of breeding livestock that do not succumb to the disease.

“The discovery of genes that enable cattle to survive infection with East Coast fever offers a route to introduce this beneficial DNA to non-native breeds, enabling reduced disease incidence and increased productivity, which would be of benefit to millions of rural smallholder farmers in Africa,” said Dr James Prendergast, Roslin Institute and Centre for Tropical Livestock Genetics and Health.

The discovery could help efforts to target East Coast fever, or theileriosis, which kills one million animals each year and costs farmers US$600m, largely affecting smallholders in sub-Saharan Africa.

It could allow farmers in affected regions of Africa to keep non-native breeds with higher productivity, so long as they carry the necessary genomic signature to tolerate the disease.

The discovery offers potential to manage a growing threat of infection from the brown ear tick, which spreads the Theileria parva parasite that causes the infection, and is expected to increase its geographical range in a warming climate.

Researchers from the Centre for Tropical Livestock Genetics and Health (CTLGH), Roslin Institute, the International Livestock Research Institute (ILRI) and the University of Glasgow sought to understand whether regions of the cattle genome passed on between generations might equip some animals to survive infection with East Coast fever.

Genetic analysis of Boran cattle – an East African breed in which some animals can tolerate the disease – enabled the team to identify a region of DNA that may have a key role in preventing deadly infection. The results suggest a gene in the region may help to prevent the uncontrolled production of infected cells and reduce the risk of an animal becoming seriously ill or dying.

Their findings indicate that the DNA region highlighted by their study may have evolved in response to another Theileria parasite, known as Theileria annulata, and it may potentially offer protection against both.

The outcome suggests that breeding cattle which carry the key genetic region, or developing cattle whose DNA is edited to carry the necessary genetic signature, may increase the tolerance to East Coast fever in imported cattle across Africa.

“This important research, identifying genes that could transform cattle breeding for smallholder farmers in low- and middle-income countries, is an example of effective partnership between UK and African experts in livestock genomics and breeding to find practical solutions to real-world productivity, adaptation and resilience challenges,” said Professor Appolinaire Djikeng with the Centre for Tropical Livestock Genetics and Health.

The study, published in PLOS Genetics, was funded by the Bill & Melinda Gates Foundation and UK Foreign, Commonwealth and Development Office (FCDO) and supported by CGIAR and the Biotechnology and Biological Sciences Research Council, part of UK Research and Innovation.

Alternative feeds an option for cattle amid drought