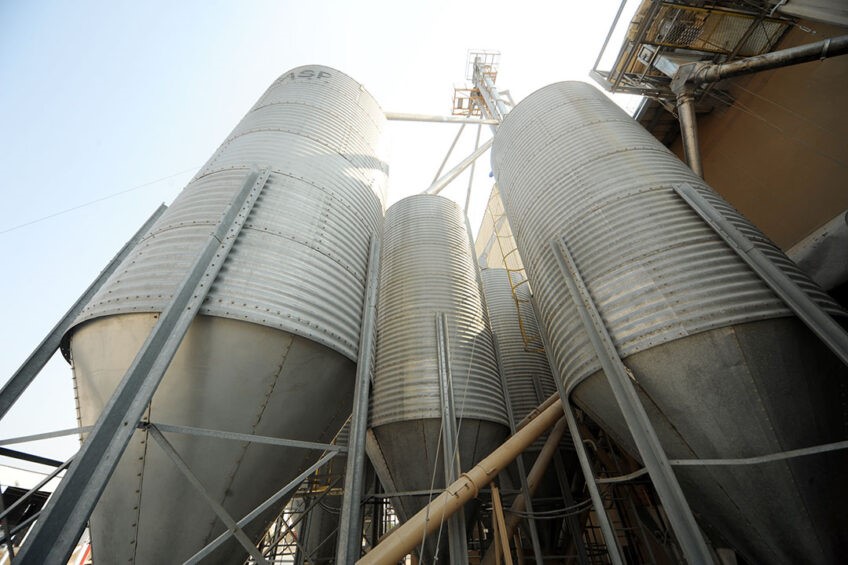 Poultry production involves converting feed into meat or eggs, but with high feed costs profitability is under pressure. Increased feed efficiency will lower the cost of production which will then increase profitability. Available solutions in the nutritionist’s toolbox to optimise feed efficiency include enzyme supplementation, NIRS technology and alternative feed ingredients.

The poultry industry continues to face many challenges, not least in obtaining maximum profits. It is an industry that relies on maximum efficiency and small margins. Feed accounts for nearly 70% of the total production cost. The impact of feed cost on input costs and profitability is therefore constantly under scrutiny and is considered by many as a ‘pressure point’ in decision making. It is the nutritionist’s responsibility to evaluate alternatives that could reduce feed costs without affecting maximum profitability.

From a nutritional standpoint, protein and energy represent most of the cost in a poultry diet. These nutrients provide a major opportunity for nutritionists to impact overall feed cost. Improving feed utilisation should always be considered a priority. The use of near-infrared reflectance (NIR) spectroscopy technology, enzyme supplementation and the inclusion of alternative feed ingredients, are among the alternatives that will be discussed in this article.

Feed enzymes largely focus on gaining feed cost savings (through better feed utilisation) rather than improvements in live performance. Enzymes are one of the best tools available to nutritionists for improving feed utilisation. They also reduce the environmental impact of animal production and have the potential to improve gut health and animal welfare. Phytases, carbohydrases and proteases are used to improve the nutrient digestibility of phytate-bound phosphorus and remove non-starch polysaccharides (NSP) that interfere with energy utilisation and protein digestion, respectively.

The bird’s intestinal tract is not fully developed at hatch and does not produce the critical enzymes (amylase, trypsin, chymotrypsin and lipase) required for nutrient digestion. During the first few days post-hatch and before intestinal maturation is achieved, providing the bird with supplemental enzymes to improve energy and protein digestibility is a strategy to consider. In addition, the types of NSPs in the diet change from starter to finisher diets, so supplementing different types of carbohydrases offers a possible solution. In a typical feeding programme a protein source, such as soybean meal, will decline from starter to finisher, while the energy source of the diet, such as corn or wheat, will increase, leading to changes in the types of NSPs in the diet. Therefore, addressing this issue with only one type of enzyme throughout the feeding programme will only partially alleviate the problem. In some instances, the bird can only produce very small amounts of an enzyme. This is the case for phytase which must be supplemented in the diet throughout the bird’s grow-out period. Phytases increase phytate breakdown and improve plant phosphorus absorption.

The major benefit of using supplemental enzymes is to reduce feed costs. Carbohydrase and protease use varies from region to region, depending on substrate availability and ingredient quality. Average uplift values for carbohydrases are between 40 and 100 kcal/kg of feed. Phytases are able to provide between 0.10% and 0.20% available phosphorus and 0.08% to 0.12% calcium in poultry diets. Enzymes enable the nutritionist to optimise feed utilisation while potentially reducing nutrient costs.

Over the years the industry has depended on wet chemistry analyses to determine the macronutrients in feed. Proximate analyses of feed ingredients typically include moisture, crude ash, crude protein, ether extracts, crude fibre and nitrogen-free extractive contents. In some instances, urease activity and mycotoxin analyses may be conducted. Most integrators can perform wet chemistry analyses in their feed mills. The constraints on wet chemistry analyses include the time it takes to perform the analysis, the number of chemical reagents needed and the cost. If these analyses are done by an independent laboratory, there may be variability from lab to lab which must be taken into consideration.

Currently, NIRS technology is widely accepted as a means of performing nutrient analyses of feed ingredients. NIRS provides a quick, non-destructive quantitative analysis of feed ingredients commonly used in the poultry industry. Each organic component of feed absorbs and reflects near-infrared light differently. The feed is exposed to the light and by measuring the different reflectance characteristics, the amount of the feed components in the sample is determined.

The benefits of using a NIRS system are that the analysis takes considerably less time, is considered safer because there is no use of reagents, more analyses can be conducted per day and the sample preparation is simpler compared to wet chemistry analyses. NIRS analyses also enable nutritionists to control nutrient variability in feed formulation which is important as variability in the nutritional quality of feedstuffs may result in incorrectly balanced feeds. There may be periods when nutritionists could be over or under-formulating energy and amino acids which can definitely impact performance and production costs. During periods of high ingredient prices, integrators could be losing a lot of money. NIRS systems can provide nutritionists with real-time ­nutrient analyses of ingredients and diets.

In the US NIRS technology has had limited use due to its high initial investment and the labour costs associated with its use. In some parts of the world integrators can dedicate one employee to manage the NIRS system. Another factor is that the US generally has good quality feed ingredients which is not always the case in other parts of the world. For example, some countries in Europe import their soybean meal from the US, Argentina or Brazil at different times of the year which can vary significantly in nutritional composition (Table 2). Additionally, more alternative feed ingredients are used in other parts of the world, mainly driven by the high cost of importing corn and soybean meal. These alternative feed ingredients tend to be highly variable and thus must be analyzed for nutritional composition.

Market price volatility and the availability of raw ingredients for poultry diets are increasing the pressure to reduce feed costs. When the price of dietary raw ingredients dramatically increases, the use of alternative, less traditional, raw ingredients may become more economically attractive. An alternative feed ingredient would be one that is not used on a regular basis, whose nutrient composition has not been fully defined and for which a maximum level of inclusion is unclear. Alternative ingredients, therefore, vary from region to region. An ingredient may be considered an alternative in one region but be commonly used in another.

The continued pressure to reduce feed costs demands a better understanding of the various ingredient alternatives, their potential use and limitations. Some commonly known alternative feed ingredients are corn distillers, dried grains with solubles, sorghum, corn gluten meal, canola meal, cassava meal, rice bran, bakery meal, palm kernel meal and cottonseed meal. Considerations such as availability, nutritional composition, antinutritional factors, handling properties and processing characteristics should be evaluated before using an alternative feed ingredient. Some ingredients are also more suitable for broilers than broiler breeders, and vice versa. Nutritionists must first become confident of the quality of the alternative ingredients and reduce risk by formulating low inclusion levels. To take advantage of the reduced costs that can be gained from using alternative feed ingredients, nutritionists could consider increasing the rate of sampling analyses and sourcing the ingredient from one supplier, if possible.

The importance of breeding seasons and good male genetics