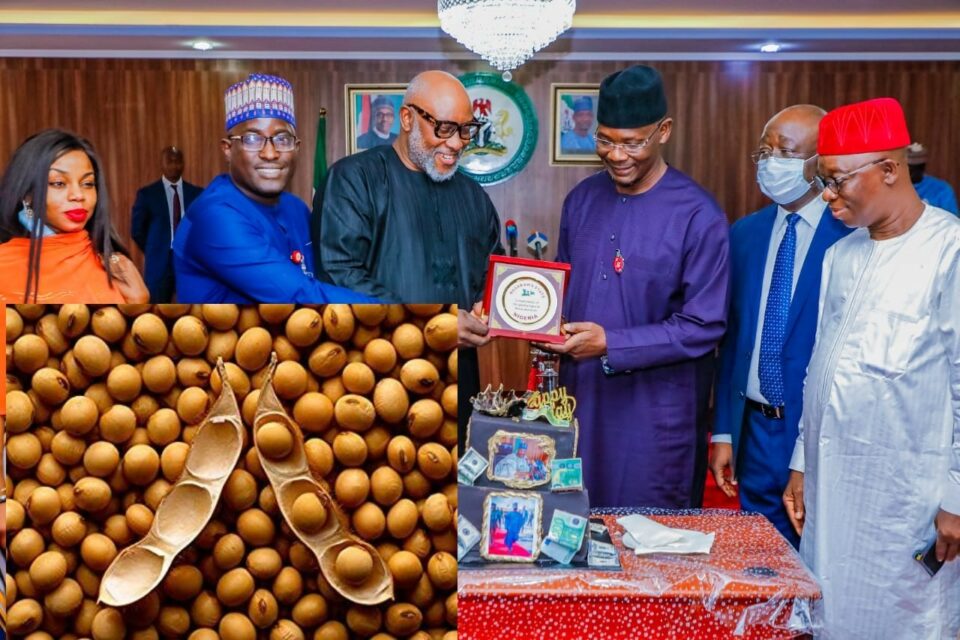 Olams Nigeria Limited, acclaimed owners of the largest rice farm in Africa and producers of animal feeds has requested for 200 hectares of land from Nasarawa State Governor Abdullahi Sule to establish a soya beans processing plant.

The company’s vice president for corporate affairs and government relations Ade Adefeto disclosed this when he visited the governor at the Government House, Lafia

Adefeto, who led the company’s team to meet Governor Sule, said Olam needs the land to build a $100 million modern soya bean crushing and processing plant on the Keffi/Abuja Expressway.

He said Olams has established state-of-the-art poultry and fish feed plants in Kwara and Kaduna States, to bridge the supply gap for poultry products in Nigeria.

He said the company’s local sourcing of raw materials such as soya beans and corn for its animal feed operations, had positively impacted on the lives of more than 300,000 smallholder farmers in the country.

While stressing that Olams will implement backward integration by establishing a soya bean crushing and processing plant with an initial capacity of about 50,000 metric tonnes, he said it would be scaled up over three years to 300,000 metric tonnes.

“We will build a capacity for 750 tonnes per day in phase one and upscale again over a period of three years,” Adefeto said.

The firm chief said the proposed multi-million dollar investment will significantly impact farmers’ livelihoods as well as generate thousands of skilled and unskilled jobs for the people of the state.

Sule thanked Olams Group for the gesture, saying he delayed the signing of the 2022 budget in order to host officials of the company.

The governor constituted a team comprising the commissioner for lands and urban development, Hon. Mohammed Tanimu Sarki, the commissioner for agriculture, Hon. Nuhu Ibrahim Oshafu, the managing director and chief executive of the Nasarawa State Investment Development Agency (NASIDA) and his special adviser on political matters, Hon. Mohammed Dikko, to liaise with representatives of Olams to find a suitable location for the proposed plant.

Water-soluble probiotics vs AGPs: the changing landscape of poultry farming