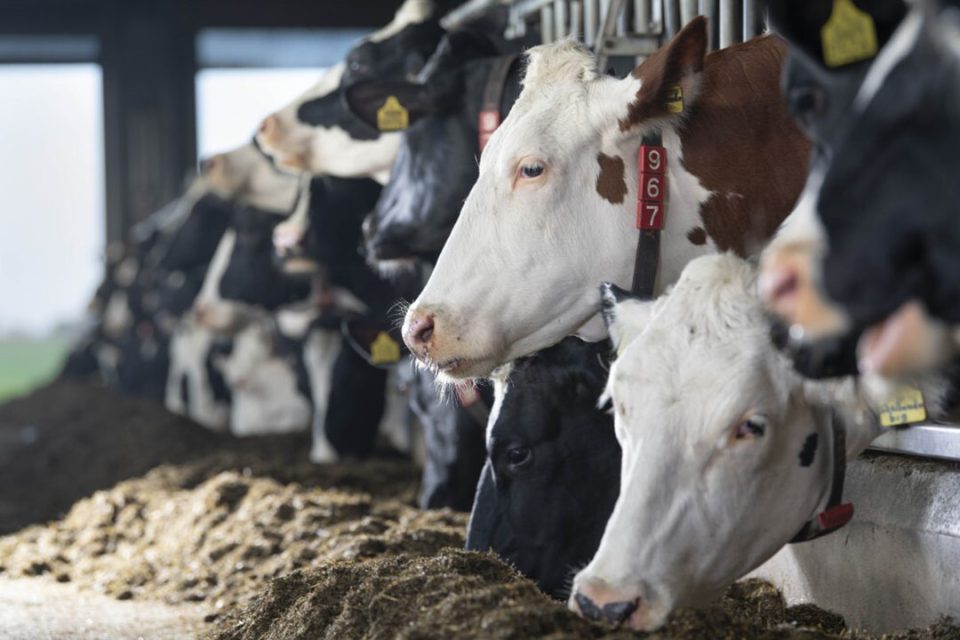 An 18-month commercial trial on a pilot farm in Belgium has found that the cattle feed ingredient, Bovaer, can significantly reduce methane enteric emissions.

The collaboration between Danone Belgium, DSM and the Flanders Research Institute for Agriculture, Fisheries and Food (ILVO) was the first major-scale study and the longest commercial trial conducted with the new ingredient.

Its aim was to measure the methane reduction effect from Bovaer during a full lactation and whether this was maintained during the period of the study, which ran between 2018 and 2020. In addition, the study investigated the impact of the ingredient on the animals’ health and welfare and on milk quality and processibility into yoghurts.

Developed by DSM, the Bovaer ingredient is the result of a decade of scientific research, including more than 50 peer-reviewed studies and 48 field trials. Its use in dairy and reproductive cows received formal approval from the EU Commission in April.

Thousands of dairy farms worldwide have worked to reduce carbon emissions, but only 4 have made a public commitment to being carbon neutral by a given date. The farm that’s first across the finish line is sure to get global attention, and inspire the dairy industry across the planet. The race is on! Read more…

The on-farm trial confirmed the long-term methane reduction effect with a significant reduction of 18.3% in methane enteric emissions, as well as being safe for cattle and consumers. No material changes in milk composition or quality were found and milk processing was also unaffected. The end product was also tested and proven to meet Danone quality standards.

Nearly 60% of emissions created globally during milk production come in the form of enteric methane, released into the atmosphere through burping and a single dairy cow can generate 3 tonnes of CO2 equivalent. DSM says a daily teaspoon of Bovaer in a cow’s feed can cut up to 30% and takes effect immediately. It works in the cow’s stomach, with microbes helping food break down. This releases hydrogen and carbon dioxide. An enzyme combines these gases in the form of methane. Bovaer suppresses the enzyme.

Pilot farmer, Koen Slegers, said: “It is added to a feed component that I already feed and add to the ration. During the test we did not notice any change in the behaviour of the animals and milk production remained the same. We look forward to continuing to use this product and keeping the carbon footprint of our milk as low as possible.”

Danone said the results paved the way for further rollout of the product to 10 farms where Danone collects milk from in Belgium. The pilot is one of a number of programmes the company is conducting to reduce methane emissions. It is exploring herd and manure management techniques to produce more or the same amount of milk with fewer animals and recently invested in innovative start-up, Zelp, which is looking at wearable technology mitigating methane, and Symbrosia (seaweed feed supplements). Both are going to market soon with solutions that are set to deliver significant emission reductions.

Russian pork imports grind to a halt, despite a duty-free quota

MANAGING THE WEANING PERIOD IN PIGLETS