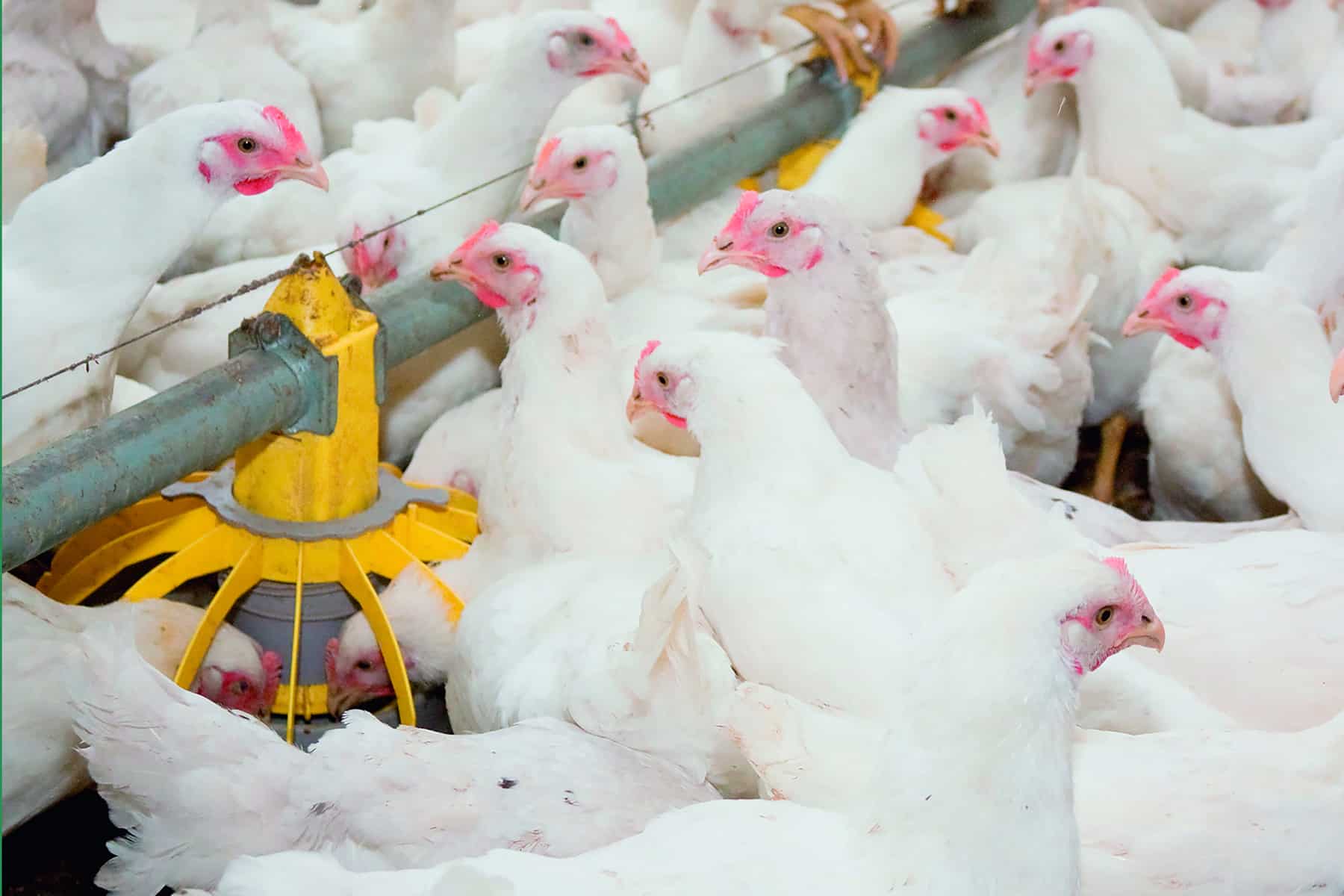 Often enough, we see the same phenomenon in every barn or stable in stressful situations: lower feed intake and decreasing performance of the animals. Growth and weight gain slow down, digestive problems occur and the risk for infections and pathogens goes up—with serious results for farm profitability. Two major stressors are high temperatures and high humidity.

Most animals react to heat with discomfort, and broilers are no exception. This is mainly due to their lack of sweat glands and high metabolic activity. In humid climates, temperatures of 30°C or higher lead to panting, increased water intake, intestinal problems, apathy and eventually death. In addition to this, the birds are at significant risk of developing gastrointestinal problems. Heat stress can therefore lead to considerable economic losses and should never be underestimated. The wiser way is to act in time and support the animals to see them safely through these times.

And here’s the key to supporting your animals: Stabilise digestion and gastrointestinal flora, reduce heat-induced performance losses and strengthen the organism and gut system of the animals. Dr. Eckel’s award-winning phytogenic additive Anta®Phyt comes with an effective combination which boosts feed intake, supports the digestive system and the healthy gut flora. This enhances performance naturally. These effects help broilers and livestock to counteract the results of stressful situations.

In a recent trial conducted in India, the beneficial effects of Anta®Phyt for broilers in hot season was confirmed once again. For the trial, a group of 100 one-day old chicks (Cobb 500) received a diet with the addition of Anta®Phyt (200g/t), This group was compared against a negative control (100 n). All chicks showed a good health status with a survival rate of 99%. The trial layout included high temperature during three to six weeks of age. The daily temperature remained between 30° and 36°C, and humidity in the night was up to 100%. Old and used litter material was added as an extra stressor.

Throughout and in each individual period of the trial, the group fed with Anta®Phyt showed a significant reduction of the feed conversion ratio (figure 1).

Fig. 1: Reduction of feed conversion ratio throughout the trial

These effects were also reflected in the growth, which led to a significantly higher body weight (+2.2 %, figure 2). 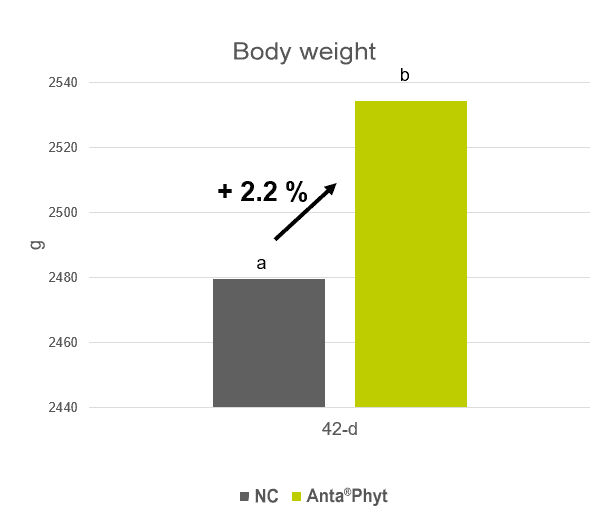 Dryness of litter up

As the study further showed, the litter content in the Anta®Phyt group was significantly reduced (NC: 25.64% vs Anta®Phyt: 21.36%). Although the level of dryness was already good in the negative control group, there was obviously still ample room for further improvement with Anta®Phyt. Both groups had no incidence of foot pad lesions.

The main reason behind poor gut health in times of heat stress is the negative effects on the intestinal integrity, physiological and immunological responses and pathogen invasion.

The trial results show a significant reduction of Cl. perfringens in the caecal digesta with the Anta®Phyt group (figure 3). Thanks to the active ingredients of Anta®Phyt, which include hops, the animals were able to better utilise the nutrients from the feed—an important advantage to avoid gut health problems. 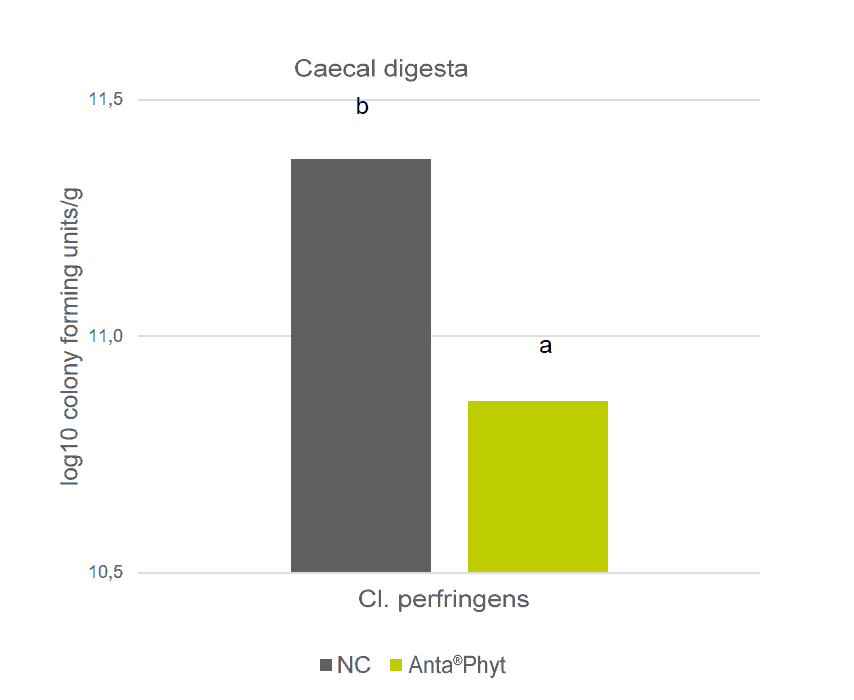 Best choice at any time

The trial shows that, despite the challenging conditions and high temperature, feed conversion, weight gain and well-being of broilers were all improved due to the beneficial effects of Anta®Phyt on gut health. A real benefit not only for the animals, but also for the farm’s results.

This makes Anta®Phyt the right choice for stable gut, optimal feed conversion and overall successful broiler production, especially in challenging conditions. Contact our experts for more information on Anta®Phyt and your best options.

Poultry Farmers In Tema, Prampram Threaten To Fold Up Over Growing Cost Of Business