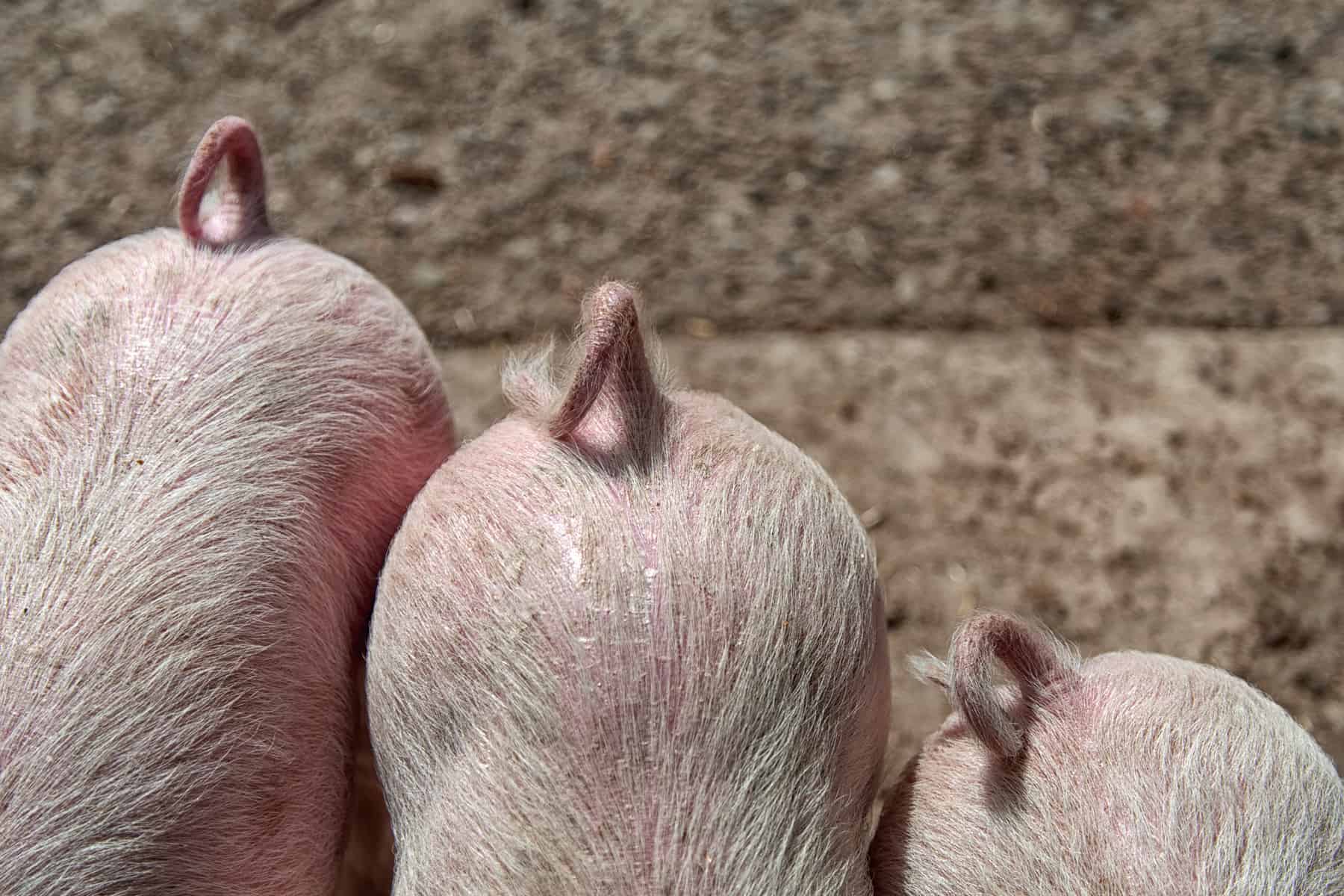 Every pig farmer knows that cannibalism or caudophagia is a major behavioural disorder in pigs. It is just as well known that this is due to a variety of stressors. This does not make preventing it any easier. In addition to the obvious tail biting lesions, necrosis and ear lesions are often observed – these are important indicators of severely diminished animal welfare.

Of course, times of stress for livestock cannot always be avoided. In the case of piglets, for example, the weeks following weaning are particularly difficult. A new barn, new feed and a new social group all put considerable strain on the animals. It is important to act quickly – at the latest when the animals show tail or ear lesions, or signs of necrosis. Serious injury and loss can largely be avoided if stressors are recognised early enough and the right countermeasures are implemented. One of the applicable strategies is administering MagPhyt: it helps prevent tail biting because it has been proven to build more resistance to stress, improve animal welfare and, consequently, also improve performance.

Go to the MagPhyt product page

The topicality of the issue of tail biting in the context of animal nutrition striking a balance between animal welfare and environmental protection was reconfirmed lately at the 19th BOKU Symposium Animal Nutrition. Dr. Eckel presented a recent study on its successful anti-stress additive, MagPhyt. The hypothesis of the study stated that administering MagPhyt to undocked piglets would lead to a reduction in the trauma caused by tail biting, necrosis and ear lesions due to its calming effect on the animals and its anti-inflammatory ingredients, thus promoting animal welfare.

These figures together with the additionally recorded numbers of tail lesions enabled the study to perform a full animal assessment, applying a CAUDO score. This score includes lesions, partial loss and signs of inflammation and necrosis of the tail and ears.

The results for the CAUDO score (Fig. 1) are significantly better for the animals in both MagPhyt groups, compared to the control group. The MP5 group with the higher dosage of MagPhyt had the best scores overall. In both MagPhyt groups, lesions as well as the CAUDO score were significantly reduced in some cases, as was particularly evident in the third and fourth weeks after discontinuation.

Fig. 1: MagPhyt performs well in the assessment of lesions, partial losses and signs of inflammation according to the CAUDO score

Stressors are not only important indicators of animal welfare, they are also a direct measure of animal performance. In this context, the MagPhyt groups also performed perceptibly better in the study. The MP2 group achieved the best results. While the average daily weight gain in the negative control group was 551.7 g, that in the MP2 group was 580.2 g. This was also evident in the results for feed conversion (KON: 1.67 kg/kg gained; MP2: 1.63 kg/kg gained).

Health and performance—go for the max