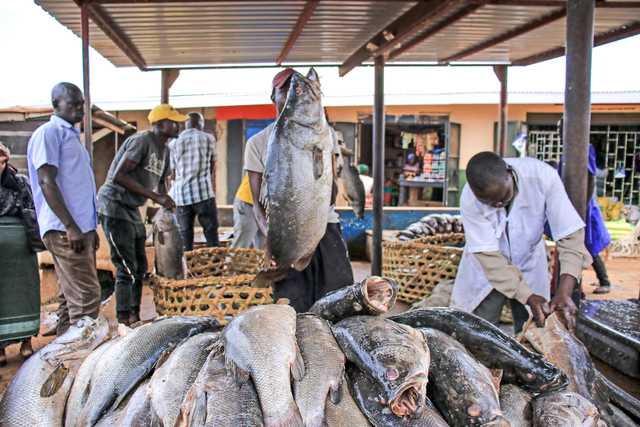 Uganda will compensate Kenyan fish exporters to the Democratic Republic of Congo whose catch officials confiscated on October 1, 2021 at Mpondwe border in Kasese district of Uganda.

Owino and Kasura led the delegations to Lake Turkana and other fish sources.

“Trade in fish exports to DRC has been going on for many decades though with intermittent disruptions occasioned by misunderstanding between Kenya and Uganda on the nationality of the fish with Uganda often suspecting that the fish are undersize fish sourced from Ugandan waters, specifically Lakes Victoria and Kyoga,” said Dr Kevit Desai, PS Ministry of EAC and Regional Development, who is also the chairperson of the EAC Principal Secretary/Permanent Secretaries Council.

“Ugandan officials made a verification visit to Kenya’s Lake Turkana where most of the fish originates. After a number of meetings, the issue of compensation has now been resolved.”

However, Ugandan officials disputed the source of the fish claiming the Kenyan fish exports originate from Migingo Island and Lake Kyoga in Uganda, a claim that Kenyan fish traders denied.

They also agreed to form a multi-agency team that will determine modalities of fish transportation from Kenya, through Uganda to the DRC.

“Under the county commissioner of Busia, a multi-agency team will be set up to agree on the modalities of evacuation of our fish from Kenya to the DR Congo,” said Owino.

But while applauding the governments for resolving the fish impasse, Uganda’s private sector called for quick solution to the trade wars between the two countries.