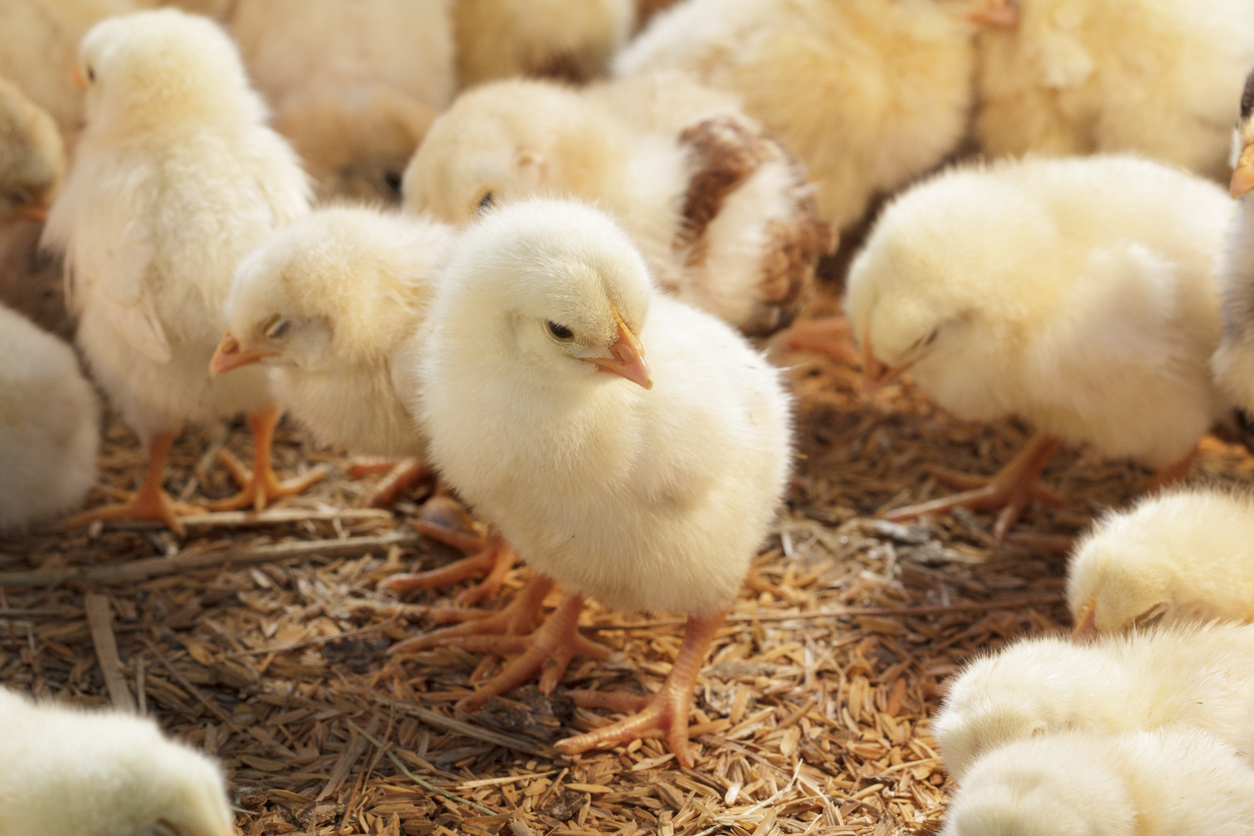 Antibiotic-free production is the new gold standard in poultry farming, and it is an area ripe for innovative advances.

When developing feed additives, many manufacturers have been looking to create alternatives for antibiotic growth promoters (AGPs) while still supporting the gut homeostasis. Research shows that probiotics can maintain intestinal integrity and strengthen the immunity of the bird, and in doing so reduce the need for repeat medication. Probiotics can be used as feed additives, included in the feed, throughout a bird’s production life cycle.

A new generation of water-soluble probiotics have been formulated – this alternative administration tool allows for probiotics to be added to the water supply. While water-soluble gut health stabilizers are often used as a fast response to stress situations in a flock, they can negatively impact the formation of biofilm in the water lines. Biofilms are a collective of one or more types of microorganisms, including bacteria, that can grow on a variety of surfaces, potentially harming the flock.

The difference with this new formulation is it has the advantage of quick and easy handling, it can be supplemented at short notice to support birds when unexpected challenges occur, and has advantages both in vitro​ and in vivo​.

This new formulation comes in the form of an effervescent, beige to light brown, speckled and round, tablet. Each customer-friendly tablet weighs 13 grams with a 41 mm diameter and is packed full of natural, fast-growing Bacillus amyloliquefaciens ​CECT 5940.

The tablet dissolves in 10 minutes and the spores are quickly distributed homogeneously in water – no stirring is required – where they stay for hours. They are extremely easy to handle with a simple dosage measurement, one tablet per 1,000 liters is required, the desired spore concentration of 5E+8​ colony-forming units (CFU) per liter can be achieved easily and repeatedly. A more concentrated stock solution can also be prepared by using a lower starting volume.

In stressful situations, using water as the vehicle for application allows flexibility, regardless of the current feed formulation. The concentrated probiotic effervescent tablet is also compatible with other feed additives – like vitamins, phytogenics and various organic acids – in several concentrations. Perhaps the most innovative part of the formulation is its ability to prevent biofilm formation in water supply lines. According to research, Ecobiol      Fizz forms less potentially damaging biofilm than other commercial water-soluble probiotics with dextrose.

Ecobiol Fizz was tested under field conditions in a commercial UK farm – six houses of 36,500 birds each. The random houses were allocated different treatments: three control houses (C) and three houses received the tablets in water (E). One tablet was dissolved in a 20L stock solution and supplemented to the drinking line at 2% concentration. The target is to have one tablet/1,000L and a final concentration of 5E+8​ CFU/L of water. During a stress period, the tablets were administered on an intermittent model. The probiotic was placed for the birds in drinking water for three days after hatch and during the feed transition for 12 hours/day for three days to follow. The thinning was applied at day 32, for 16,000 broilers that were later sent to the slaughterhouse. The remaining 20,000 were sent to the slaughterhouse at day 32.

Results from a spore count on these samples showed a homogenous distribution of the probiotic along and between drinking lines but also during the different supplementation periods, even when water consumption was lowest in the starter period.

Table 1: The performance of the treatment group and the control houses

Increased body weight in the treatment houses compared to the control houses was most significant when looking at the study results. Also, there were improvements in hock burn and pododermatitis scores by about 5% in all three treatment houses, and the less factory rejects compared to the control. It is possible to attribute the improvement in pododermatitis and hock levels in the treatment houses to lower moisture in the litter, something indicated by the decrease of the ratio of feed:water (1.85 and 1.78 for C and E, respectively).

In its Global Action Plan on Antimicrobial Resistance,​ the World Health Organization (WHO) has called for prudence in administering drugs to animals and expressed concerns over their increased use in animal production, even for therapeutic purposes. Innovation is required for feed additive solutions.

Ecobiol Fizz provides an innovative alternative for antibiotic growth promoters (AGPs) to maintain the gut homeostasis. It can be applied conveniently on-demand via water supply lines to rapidly improve the composition and balance of the intestinal microbiota. Both livestock performance and ROI increased, as well as easy handling. Benefits also include product compatibility with other feed additives in various water conditions, while the formation of a biofilm is significantly reduced with this new, smarter formulation.

South Africa’s Astral Foods gets its feathers ruffled by COVID