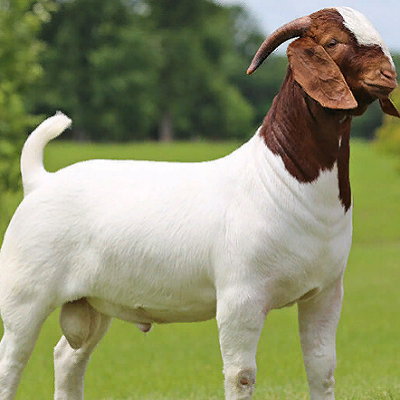 A Boer goat breeding project has become viable and high income business for 36-year-old, Terrence Muripo, with one pure breed goat fetching as high as US$2 000.

Muripo who is utilising 44 hectares at his father Ishmael Muripo’s 88 hectare Woza Farm said he started the project in 2015 with Mashona goats from the Dande Valley and cross Boer goat breeds.

The project has expanded and now has a pure line of Boer goats and his ambition is to venture into large scale goat production.

From 2015, Muripo steadily grew his goat herd to 500, but was forced to sell a huge number in 2019 due space constraints.

“We decided to import Boer goats from South Africa. Boer goats have a fast growth rate, they fetch good prices on the market and are perfect for meat production,” he said.

“We imported 30 female Boer goats and two bucks. Now they have multiplied to 70 females, however, we are selling and we are left with about 40. The total herd is 200.

“We have plans to buy 1 000 Mashona breeds from the Dande Valley so that we can start cross breeding. We have the capacity to do this yearly, but our major challenge is land.”

He is registered with the South Africa Boer Goat Breeders Association and the Zimbabwe Herd book.

Currently they are crossing Boer goat and Mashona breeds and selling at an affordable price.

“We are having inquiries from people out of Zimbabwe who want to buy female Boer goats, but we stopped selling the females to allow our herd to grow.

“People come from as far as Mutare and Masvingo to buy our goats. People in our local community seem not to understand what we are doing. Some are still of the opinion that goats are ordinary livestock and nothing much can come out of it.

“People who understand us are far away. Muslims are our top buyers, but now we are concentrating on breeding which has more money because it is more like we are selling seed.”

He said they were concentrating on the local market, but they were looking forward to exporting in the near future.

They are conducting farmer-to-farmer training across the country.

Soon they will venture into artificial insemination so that more farmers have access to Boer goats.

“We started the training in October and so far we have trained over 80 farmers. Social media has assisted us in reaching out to many people,” he said.

“I am doing this project at my father’s plot, he has 88 hectares, 44ha arable and 44ha non-arable. The goat project is utilising the 44ha non-arable, land but the area doesn’t have pastures. Buying feed pushes the production cost up.

“We received star grass from Agritex and we have planted to revamp our pastures.”

Provincial livestock officer Mr Daniel Kampiyau said Boer goats were an improved breed suitable for meat production and had high chances of having twins or triplets.

“We provided this farmer with star grass so that he can improve his pastures. There is another pasture programme of legumes which include velvet bean, sunn hemp and lablab. In Mashonaland Central we managed to get velvet beans and sunn hemp,” he said.

Nigeria Opens Market to Some US Pork

State to build hatcheries to boost supply of chicks