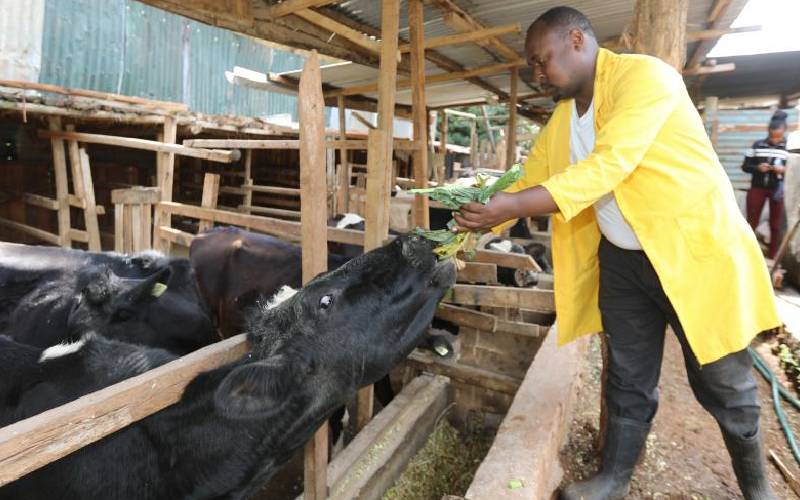 recent report by the Intergovernmental Panel on Climate Change (IPCC) predicts an apocalyptic future by the end of this century if current indiscriminate production of global greenhouse gas emissions continues.

The report also indicates that despite contributing the least amount of greenhouse gas emissions, Africa will be the most exposed to climate change impact. Highly populated cities like Lagos, Nigeria will be more vulnerable to heat stress, possibly exposing 350 million people to potentially deadly heat by the middle of the century.

In Kenya, for example, it has become commonplace for pastoralist communities in arid and semi-arid regions to face starvation and even death due to severe and increasingly frequent droughts.

In some areas in Nyanza and Western such as Budalang’i and Kano Plains, communities’ livelihoods are similarly threatened by floods, whose increasing frequency has been triggered by climate change.

While global economies and initiatives are committed towards mitigating the current and emerging climate change impact by limiting human-induced global warming from CO2 (Carbon Dioxide) and other greenhouse gas emissions, the magnitude of climate related disasters require an all-hands-on-deck approach to be able to cope with and manage climate risks.  This calls for a coordinated response from the finance and insurance industry in building resilience.

Encouragingly, the industry has been alert to these new potential risks and is already experimenting with new innovative products in readiness for a world that must contend with a changing climate. For example, in Northern Kenya, an Index-based Livestock Insurance (IBLI) pilot is currently underway where pastoralist communities now insure their animals against risks posed by drought. Some have been compensated following several bouts of severe drought that wiped out thousands of animals.

Growing demand for IBLI and CIIP shows the finance and insurance sectors have a crucial role to play in enhancing resilience in the largely crop-growing and pastoralist communities that drive Kenya’s agriculture, which is the backbone of the economy.

While various measures are being implemented, recourse to compensation when climate-related disaster strikes is still underdeveloped locally as compared to developed nations where properties destroyed as a result of natural disasters such as wildfires and floods is catered for via compensation. The local insurance industry can therefore not be left behind. It must introduce responsive products.

The products should also be categorised at individual, community or cooperative levels. These can be structured in such as that those purchasing the products enjoy post-disaster financial support. At the national level, compensation would be through a multinational risk pool.

COMPARISONS OF THE BEEF VALUE CHAIN IN NAMIBIA, BOTSWANA AND AUSTRALIA